Climate of uncertainty at CSIRO remains

Climate of uncertainty at CSIRO remains 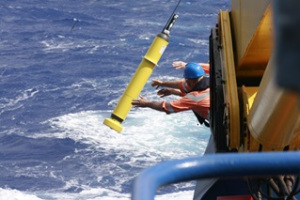 Details remain unclear surrounding Science Minister Greg Hunt’s intervention into CSIRO climate research, with media reports suggesting that the announcement of additional climate science jobs does not include any new money from the Turnbull Coalition Government.

The $37 million appropriation – tied directly to the nascent Climate Science Centre (CSC) in Hobart – will apparently be sourced from CSIRO’s own funds over ten years and involves the creation of 15 new positions, based at locations still to be determined.

Staff Association Secretary Sam Popovski has written to CSIRO management demanding its program of job cuts be immediately suspended in the wake of Minister Hunt’s announcement.

“The announcement of 15 new climate science positions obviously has to be considered in the context of significant potential redundancies in Oceans & Atmosphere and Land & Water.”

“Even if one accepts the Minister’s claim of 15 new positions at face value, this still equates with a net loss of 25 positions in Oceans & Atmosphere from Research Program One and Two.”

In an ABC interview, Minister Hunt described CSIRO’s existing “climate science capacity of approximately 100. At the end this process it will now increase to 115.”

However the two programs were estimated to hold 140 positions prior to Larry Marshall’s shock announcement in February to sack hundreds of CSIRO staff.

Dr Marshall did his best to put a positive spin on Minister Hunt’s intervention and cleave closely to the new boss.

“It’s great to see that Minister Hunt has a great personal interest in CSIRO,” Marshall wrote in an email to staff, lauding the Minister as “passionate and dedicated.”

However when thanking “everyone at Team CSIRO” Marshall described the process as “this storm,” perhaps admitting to failures by the Executive team in dealing with staff over recent months.

“Following an extensive consultation process with internal and external stakeholders, we will merge Research Program 1 and Research Program 2 to form the initial core of the CSC, as of 22 August,” Dr Wonhas wrote.

Dr Steve Rintoul will lead the CSC in an interim capacity while CSIRO conducts an international recruitment process for the permanent role.

“In the short time Steve has been involved with the CSC, he has demonstrated strong leadership in the critical early stages of the Centre’s development.”

Wonhas paid tribute to “Peter Oke, Richard Matear and Wenju Cai for their leadership of RP1 and RP2, and the broader contribution of scientists in those two programs over the years.

“I acknowledge that while the recent establishment of the CSC represents a positive first step… this has also been a period of significant and difficult change for us and many of our colleagues,” Wonhas admitted however.