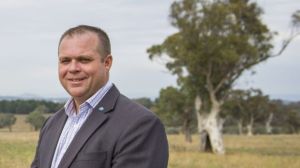 An Executive Team review into the functionality of CSIRO Business Infrastructure Services (CBIS) is gathering pace with the release of an Ernst & Young report (EY) that could herald a major shakeup for the unit’s staff, structure and operations.

Following the release of the EY report, CSIRO Executive has now moved into a second phase of consultation with CBIS staff involving a series of workshops around the country.

The EY report presents a forthright account of some of the failings of the CBIS business unit including a culture of poor accountability. The report clearly identifies significant concerns from multiple sources on the position of the Fraud Control function within CBIS.

While the report provides little recognition for what CBIS does well, the review provides an opportunity for CSIRO Executive to demonstrate its commitment to a renewal of the integrity, functionality and accountability of the business unit.

However, there’s no escaping the report content that outlines risks, inefficiencies and under resourcing and contains criticism of both the use of contractors and culture of CBIS leadership.

The report revealed the potential for fraud investigators to be reporting to the same leader of a function that is being investigated, compromising the independence of Fraud Control activities.

“Fraud and security shouldn’t be in there, would normally sit in a legal area. Problem is, it means they are policing their own contracts,” said one CBIS customer in the report.

“Fraud and procurement sitting under one leader is a real and perceived risk,” said a CSIRO People Leader.

Additionally, the report identifies a management style within CBIS leadership that drives a culture of ‘command and control’ and an ‘us and them’ attitude.

Many Staff Association members – both inside and outside CBIS – have reported incidents within the business unit that reflect a climate that tolerates bullying and harassment.

While the Staff Association has represented members to address these concerns, CSIRO Executive have taken far too long to recognise the problem.

The report also raises concerns over the use of external contractors within the business unit with review findings indicating significant inconsistencies in service delivery, reduced efficiency and increased risk to CSIRO.

“We consistently receive worse service and a worse outcome for CSIRO when we replace a local contractor with a nationwide contractor who just sub-contracts the work out anyway,” said a CBIS People Leader.

“Inconsistencies in service delivery is driven by the hundreds of contractors that some of the regions use,” said another.

Overall the report identifies many proposals for improved transparency, communication and consultation -both internally and externally – improved accountability of management across the business unit and the possibility of new positions to fill capability gaps in under-resourced areas.

Despite the positive identification on ongoing issues with the functionality of CBIS and the need for change, there are concerns that the review provides little recognition for what the business unit does well.

There are also workplace fears that changes could lead to the reduction of classifications for some positions in CBIS. The Staff Association has written to CSIRO management to seek further details on these aspects of the report.

The report identifies possible job losses for some senior managers. Staff Association members in CBIS have raised concerns with the union regarding the transparency of the assessment processes for vacant and new positions identified by the business unit.

As a result, the Staff Association wrote to CSIRO management requesting a Business Unit Leader or CSIRO Executive Team member from outside the CBIS reporting line to participate in the appointment of a new CBIS Director and other positions. CSIRO have agreed to this request.

CSIRO is has now moved into ‘phase two’ of consultation including a series of workshops to be run across the country. CSIRO has informed the Staff Association that the concept behind these workshops is to enable CSIRO to receive feedback from a broad cross section of staff. CSIRO will then use this feedback to develop a ‘talking book’ which will summarise the main points in each region.

At the completion of consultation, there will be eight ‘talking books’ (to represent eight national regions) that will be consolidated into a single ‘talking book’. This final ‘talking book’ will extract key observations and themes that will feed into recommendations and solutions for Chief Operating Officer Hazel Bennet and the CBIS Leadership Team to consider.

CSIRO management report that the workshop process has been largely positive and impressive, however some ‘emotional’ and ‘hard conversations’ have occurred due to the robust findings in the EY report.

Hazel Bennet has committed to meeting with the CBIS Leaders on a one-to-one basis to listen and collate feedback. While workshops will continue into early December, CSIRO are aiming to communicate any decisions or recommendations to CBIS staff before Christmas; in an effort to provide some certainty.

CSIRO has suggested that they may move to implement some key decisions before Christmas – or at the latest early next year – and have not ruled out that some of these decisions will result in the possibility of redundancies at the CBIS Team Leader level.

The Staff Association will continue to meet with CSIRO management over coming weeks to represent the views and stand up for the interests of members in CBIS.

The Staff Association is forming a committee of CBIS members to collect feedback as CSIRO implements changes in workplaces across the country. If you are interested, please email [email protected] or speak to an organiser or local delegate.

The Staff Association is only as strong as its membership. By working together, we achieve improvements in the workplace to build a better CSIRO. For more information on membership email [email protected] or call (03) 8620 6348.