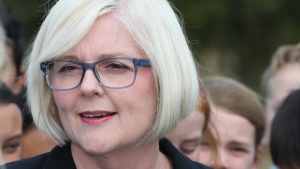 CSIRO Staff Association representatives have met with the office of Karen Andrews – Minister for Industry, Science and Technology – as well as Labor and the Greens during a visit to Canberra recently.

“We’ll continue to seek meetings with a range of politicians in the new year and step up our advocacy on behalf of CSIRO staff as the federal election draws near,” he said.

Ms Andrews – first elected to the House of Representatives for the Queensland electorate of McPherson in 2010 – previously served as the Assistant Minister for Science from December 2014 to July 2016. Alongside Victorian Labor MP Richard Marles, Ms Andrews is one of the co-founders of the Parliamentary Friends of Science group. 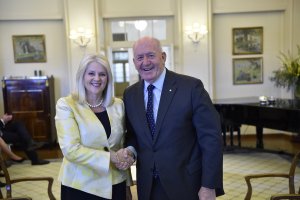 An engineering graduate, Ms Andrews also worked in workplace relations and human resources in the private and public sector before her election as a Liberal National Party MP.

“While it’s no secret there has been a lot of turnover in the positions, Minister Andrews brings a science background, portfolio experience and a deep interest in research to the job and that’s very welcome,” Mr Popovski said.

“The Staff Association looks forward to continuing the discussion with the Minister’s office especially over coming months as budget funding for critical infrastructure upgrades begin to flow through to CSIRO projects.” 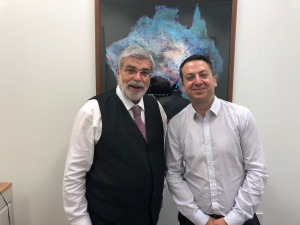 Labor and the Greens

“Labor leader Bill Shorten is to set out the party’s agenda for Australian science and research during an address to the Academy of Science in Canberra this week.

“It will be interesting if there are any signals for a CSIRO audience in the speech,” Mr Popovski said. 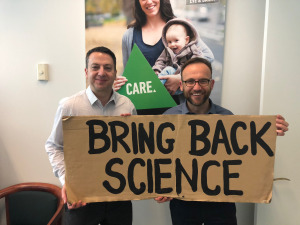 “Both the Federal Opposition and the Greens have been working together to ensure proper scrutiny and accountability over the Government’s $444 million grant to the Great Barrier Reef Foundation.

“The final reporting date for the Senate inquiry into ‘reefgate’ is early December and Environment and Communication’s committee secretariat do not expect a further extension,” he said.