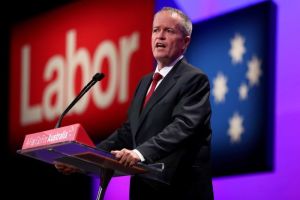 The prospects for the introduction of a CSIRO staff-elected director received a boost with recent changes to Labor’s platform supporting the initiative. Meanwhile the Coalition Government has foreshadowed an effective cut to Australian research – via indexation to block grant programs – worth more than $300 million.

During the party’s national conference held in Adelaide, Labor made changes to the economic chapter of the platform, supporting “the establishment of a staff-elected position on the CSIRO Board.”

“By supporting the establishment of a CSIRO staff director in the national platform, Labor has heard the call of staff for better accountability and transparency at Board level.

“The Staff Association has already written to Chief Executive Dr Larry Marshall requesting the support of the Executive Team and the current Board for a voice at the top for CSIRO staff,” Mr Popovski said.

The move comes after Opposition Leader Bill Shorten used a recent speech to promise that an incoming Labor government would “put science back at the centre of government” through the establishment of a Prime Minister’s Science and Innovation Council and a commitment to lift research investment to 3 per cent of GDP by 2030.

On the same day the Government announced the creation of a “National Science and Technology Council (to) take the place of the former Commonwealth Science Council as the peak advisory body to the Prime Minister and other Ministers on science and technology.”

The Government recently also announced the creation of a new Australian Space Agency in South Australia with a $41 million investment to establish a space precinct at the old Royal Adelaide Hospital site. However, the release of a research budget freeze less than a week following the space launch sent a mixed message to the research sector.

“The decision to pause indexation of research block grant programs for 12 months, along with adjusting growth for RSP (the Research Support Program), will allow the government to prioritise education spending, including on regional higher education,” Education Minister Dan Tehan said.

The news met with a dismayed reaction from the research sector.

“With a government budget surplus in sight, it makes no sense to cut the research capacity that will create jobs, income and new industries for Australia,” University Australia Chair Professor Margaret Gardner said.

“Taking money out of research will help the bottom line today but will have hidden costs for many years to come – future generations may look back and thoroughly regret these decisions.”

“This will mean less funding for universities to conduct research and will reduce their ability to adequately support their scientists and technologists,” Dr Johnston said.