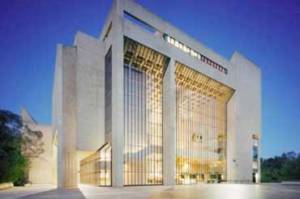 Recent media attention on a High Court ruling relating to the dismissal of an Australian Public Service employee has generated discussion on the decision’s ramifications for staff working at CSIRO and across the federal public sector.

The decision by Australia’s highest court – finding in favour of an appeal sponsored by the Federal Government – overturns a ruling by the Administrative Appeals Tribunal (AAT) which had sided with the former Department of Immigration employee at the centre of the case.

Michaelia Banerji was dismissed from her job in 2013 as a public affairs officer for breaches of the Australian Public Service (APS) Code of Conduct as a result of repeated social media commentary criticising her co-workers, supervisor and Government immigration policies.

Ms Banerji’s subsequent worker’s compensation claim for post-traumatic stress following her employment termination led to the AAT and ultimately the High Court over the next six years.

“The decision primarily pertains to whether the Department of Immigration was legally permitted to dismiss the employee as a reasonable management action.”

“At this stage we believe the decision does not set a precedent or provide any relevant guidance to the CSIRO Board, Executive, Science and Industry Act, CSIRO Code of Conduct or other internal policies such as those relating to public comment.”

The High Court ruling pertained to the application of the APS Code of Conduct which does not apply to CSIRO staff, Mr Popovski said.

“CSIRO’s Code of Conduct provides much greater opportunities for staff to communicate and publish; reflective of the scientific industry and the statutory independence of our organisation.”

“The Staff Association is strongly committed to protecting the rights of our members at work, and as private citizens, to be able to communicate views in an appropriate manner.”

CSIRO’s Code of Conduct and other procedures outline the rights and obligations in detail.

In the section covering communication and publication, the code says ‘if representing a private view, state clearly that your comments represent your personal view as a private citizen, and do not represent the views of CSIRO; and consult your line manager if you are intending to publish or comment in a private capacity on a subject related to your area of professional expertise, reputation and employment with CSIRO.’

The Code of Conduct warns staff ‘must not make statements that are harmful to the reputation of a colleague or the Organisation in a public forum, including social networking forums.’

CPSU National Secretary Nadine Flood – while describing the High Court ruling as disappointing – insisted that the decision contained some good news as well.

“The High Court did not find that the Constitution provides protection for public servants speaking politically in all circumstances. However, they did find that public servants do have the right to make political comment, including on social media.”

“There are limitations on what public servants can do, and this decision has also made those limitations a bit clearer,” Ms Flood said.

Commonwealth employees have the right to participate in the community and in political debate as citizens, including online, but should adopt a cautious, common-sense based approach.

“It’s best for a Commonwealth employee to avoid commentary that’s so harsh or extreme that it would call into question a person’s ability to do their job impartially. The High Court also said that posting anonymously won’t prevent action being taken.”

“The Morrison Government should not use this decision as an excuse to unfairly crack down on public servants’ participation in our democracy, and the CPSU will always defend its members ability to exercise basic rights,” Ms Flood said.