CSIRO to shutter ON startup program

CSIRO to shutter ON startup program 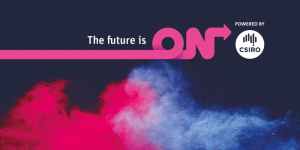 Four years after it was unveiled as part of the National Innovation and Science Agenda, the CSIRO is preparing to shutter its $20 million entrepreneur-focused science accelerator program known as ON, writes James Riley.

THE FOUR-YEAR funding horizon for ON will draw to a close at the end of the financial year, with the CSIRO preparing to wind up the program at the conclusion of a final Demo Day for its ON Prime and ON Accelerator next May.

The ON program was announced in late 2015 as a part of former Prime Minister Malcolm Turnbull’s NISA – the Ideas Boom – with its $20 million funding package over four-years from the start of the 2016-17 financial year.

The ON program had been part of a government effort to improve the commercialisation outcomes for publicly funded research, and to boost the numbers of startup companies coming out of institutional research.

While government is now well into budget negotiations for the next financial year, it is not clear what comes next for CSIRO, but the thinking appears to be that ON has served its purpose as a cultural change agent.

The program had been designed to fill a market gap for institutional researchers to develop their capability to engage with industry and hone their commercial thinking.

While it is too early to understand the long-term impact the program, the organisation says its two flagship programs had resulted in the creation of 52 companies – more than $350,000 per company – and created a net 226 new jobs.

During that time, the ON program has formed partnerships with 40 local universities and research institutes and trained more than 1440 researchers in addition to the 600 CSIRO staff that have been through the program.

With many universities and other research institutes having now set up their own accelerators now to better commercialise research, and with the proliferation of private sector accelerators and incubators across multiple industry sectors, the original gap in the market has largely been filled.

“The program provides coaching and incentives to assist Australia’s publicly funded researchers to engage with Australian industry, discover market applications for their science and technology and eliminate waste in research,” a spokesperson for CSIRO said.

“It also helps researchers develop the entrepreneurial mindset necessary to develop and commercialise their science.”

The CSIRO is now focused on ensuring the universities that have since started their own accelerators will benefit from the learnings of ON.  The organisation also expect the ON alumni of participants and mentors stay connected with each other.

The ON program runs two initiatives. ON Prime is a short, sharp six-week long incubator designed to help researcher tease out commercial ideas, while the ON Accelerator pulls together a larger cohort for a longer five-month program that aims to produce fully formed startup companies at its conclusion.

The ON initiative has conducted six ON Prime programs over the years and seven ON Accelerators. The organisation says it has a “commercial conversion rate” of 55 per cent – whereby an idea is turned into a startup company – and that its ON program participants had raised $36.4 million in private capital.

The ON Program participants had also attracted more than $32.8 million in further government grants. The final programs will present their new products and ideas at a final Demo Day on May 7 next year.

CSIRO’s ON program is Australia’s national science and technology accelerator, aimed at supporting teams of researchers from Australia’s publicly funded research organisations to take their ideas and research out of the lab and into the world through products and services through commercialisation.

To date, ON has trained over 1440 researchers from 40 Australian universities and research institutes in addition to 600 CSIRO staff. Nearly 200 additional participants have come from outside of research, including industry, government and the community.

There have been 52 new companies created resulting in 226 new jobs. ON participants have attracted over $30.4 million in commercialisation grants and 13 of the 52 new companies formed have raised a total of over $36 million of investment capital.

It was created in 2015 as part of CSIRO’s Innovation Catalyst strategy, and in 2016, it received $20 million over four years under the Australian Government’s National Innovation and Science Agenda (NISA), which is due to expire on 30 June 2020.

The program is winding up, with two final ON programs to complete: the 7th ON Prime, and 6th ON Accelerator rounds, culminating in the last Demo Day on 7 May 2020, where the last of the ON teams will share their breakthroughs and burgeoning companies with their peers and potential investors.

The ON program has made a significant and substantial difference to the culture of Australia’s research community, and CSIRO will continue to support initiatives to drive returns for Australia from our world-class research.