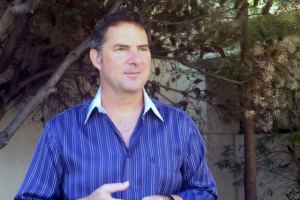 No decision in recent times by a CSIRO Chief Executive has sparked so much opposition and unprecedented support for staff from within Australia and around the world.

Nearly 3,000 world leading scientists have signed a petition in support of staff and the media interest reached the front page of the New York Times.

Even Al Gore got in on the act. Oh, and Larry called climate change science more like a religion. That happened too.

Prime Minister Turnbull, the CSIRO Board and Chief Executive Larry Marshall received a letter from nearly 3,000 international researchers stating that the need to find solutions based on scientific research to Australia’s climate and environmental challenges is far from over.

The open letter – in response to CSIRO’s proposal to slash more research jobs – demonstrates the alarm of the global climate and environmental science communities. The letter also articulated the need for this research to not just continue, but to accelerate in Australia and in CSIRO.

The composers, Paul J. Durack (Lawrence Livermore National Laboratory, USA) and Anna Pirani (ICTP, Italy) hope the open letter will be viewed as the start of an extended and sustained conversation on the importance, role and value of climate science to Australia and the world.

“For many years, CSIRO’s contributions to climate observations and modeling have been globally recognized and respected, and the decision to cut this effort from CSIRO should be revisited at the highest levels of the Australian Government,” Gore said.

The World Climate Research Programme (WCRP) also criticised the proposal by CSIRO’s Executive. The WCRP – a unit of the World Meteorological Organisation – highlighted that the cuts would sever linkages between essential Southern Hemisphere data sources, with connections from Australia to the UK, the USA, New Zealand, China, Japan all coming under threat.

The WCRP slammed the cuts stating ‘one can hardly imagine a worse and more backward step’.

The proposed cuts to science at CSIRO have made the front page of the New York Times. The article describes “the cutbacks are the latest twist in a national climate policy that has been erratic for the better part of the decade.”

Coverage in Science and Nature

Science Magazine picked up the story of the proposed cuts and pointed out the other areas expected to be affected.

“Most job losses will hit research areas dealing with oceans and atmosphere, land and water, manufacturing, and a digital technology group called Data61. In the email, Marshall wrote that Data61 would be the ‘lynchpin of our new strategy,’ without explaining how that entails job cuts.”

Nature Magazine reported that despite assurances from CSIRO management that staff number would be repaired over a two year period, scepticism remained.

“Despite the most recent job losses, a CSIRO spokesperson said, ‘we expect that after two years, staff numbers will be at the same levels they are now, or higher.’ But Sam Popovski, the secretary of the CSIRO Staff Association, says that there are doubts that, with flat federal funding for the next three years, CSIRO will be able to keep its staffing levels stable.”

The discovery of Gravitational waves has been the international science story for 2016 – so far – and underscoring the international collaboration that underpins great science; CSIRO played a small yet important role. Sadly the manufacturing researchers that worked on the project have been made redundant.

“CSIRO’s work on the globally significant gravitational waves discovery was “phenomenal” and “a thing of beauty”, but was unlikely to be repeated now as key researchers had been made redundant,” a visiting scientist from California Institute of Technology told Fairfax Media.

Stop! Larry! Step away from the microphone

There’s been plenty of interest from the mainstream media as well. News Corp reported on the strong track record CSIRO had on innovation however warned that sustained cuts could put the next generation of invention at risk.

“The CSIRO is dogged by crippling job cuts and slashes to funding that have left people contemplating a bleak future for Australian scientific research — and for Australia generally.”

However the nadir of the management sales job ultimately arrived when Larry Marshall compared himself to a 1970’s climate researcher and described climate science as more akin to a religion. On the day before he was due to appear before Senate Estimates. Seriously.