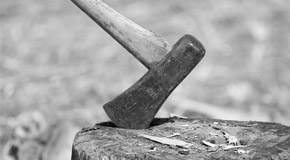 With growing community concerns about the impact of CSIRO cuts, new union analysis shows the cuts will be deeper than previously estimated with 316 staff due to be made redundant.

Management documents provided to the CSIRO Staff Association show plans to declare nearly 10 per cent of existing staff as potentially redundant. Out of this group, individual staff will then be identified, potentially translating to approximately 316 job losses.

The union has condemned the cuts and is working with a range of community, political and scientific groups to highlight the damage being to the agency’s crucial research.

If implemented, the plan would further compound the jobs crisis at CSIRO which has already shed close to 20 percent of its workforce since June 2013, the vast majority the result of the Coalition Government’s decision in 2014 to strip the organisation of $115 million in funding.

In the 2014-15 federal budget, the Coalition Government announced cuts to the CSIRO of approximately $111.4 million. The organisation was also required to absorb the effects on an increased public sector ‘efficiency’ dividend’ – resulting in a further loss of $3.4 million. The result was the loss of nearly 20 per cent of the CSIRO workforce. From the period of 30 June 2014 to 18 April 2016, some 1,208 staff left the organisation.

In February 2016, CSIRO Chief Executive Larry Marshall announced sweeping changes to the organisation purportedly as part of realignment to an overarching five year strategy launched the previous year. The proposed changes have been characterised as a move away from public good science in favour of research with immediate prospects for commercialisation, at the estimated cost of hundreds of CSIRO jobs.

The process for determining and implementing the proposed cuts has generated significant controversy; resulting in significant parliamentary scrutiny, international criticism and widespread condemnation from the Australian scientific community and staff.

This analysis is built on data provided by CSIRO management to the Staff Association outlining forecast redundancies.

As a requirement of the CSIRO Enterprise Agreement, management are required to provide written advice to the Staff Association when ten or more employees are likely to become potentially redundant. Information contained in the advice includes the numbers of staff facing potential redundancy, as well as their location and functional area.

In limited cases where the information provided was incomplete, reasonable assumptions have been made by the Staff Association based on staffing knowledge. The distribution of final redundancies by location etc. will vary to some extent, including through the implementation of voluntary redundancy substitution and redeployment.

As of 16 May 2016, the Staff Association has been notified of 264 proposed redundancies across six Business Units; Land and Water, Oceans and Atmosphere, Agriculture, Minerals, Manufacturing, and Food and Nutrition. The number of impacted staff is a staggering 441 across these Business Units because of the method chosen to conduct some of the processes.

Total proposed redundancies across CSIRO are expected to rise to approximately 316 including the addition of Data61 (25) and Research Support (comprised of 21 finance / project support positions and 7 jobs from Victoria’s Clayton laboratories). These numbers are still to be confirmed.