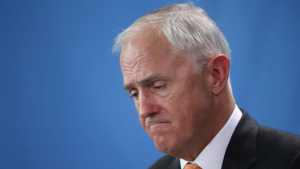 The Turnbull Government has been narrowly re-elected, with the Coalition likely to secure only a one or two seat majority in the House of Representatives.

The double dissolution strategy also back-fired in the Senate, as the reduced quota resulted in the election of an expanded cross bench that will wield the balance of power.

CSIRO jobs and funding firmly on the agenda

As a result of strong campaigning by CPSU and the Staff Association – aided by allies such as the Friends of CSIRO and the Australian Youth Climate Coalition – the future of CSIRO funding and jobs remains squarely on the political agenda.

Over the course of the campaign, both Labor and the Greens made significant commitments to repair spending on CSIRO to the tune of $300 million over the forward estimates. Key independent Nick Xenophon also indicated his team’s support for increased CSIRO funding.

“Your tremendous efforts have elevated CSIRO jobs and science to become one of the more noticeable issues in the Federal Election campaign,” Mr Popovski said.  “This is the first time this has happened in recent memory and long may it continue.

“The commitments we gained from Labor, the Greens and the Nick Xenophon Team were in no small part due to our collective efforts; both in the campaign itself and through the credible lobbying and advocacy of this union over many years,” Mr Popovski said.

Prime Minister Malcolm Turnbull has made several changes to his cabinet line-up that will have a direct bearing on CSIRO. For what seems an almost annual event now, CSIRO has a new Minister with the departure of Christopher Pyne to the post of Defence Industry.

In other changes that may interest Staff Association members, Josh Frydenberg takes on an expanded Environment and Energy Portfolio, while The National’s Senator Matt Canavan enters cabinet as Minister for Resources and Northern Australia.

“The Staff Association will write to the Minister and Assistant Minister as soon as possible seeking an urgent meeting to discuss CSIRO funding and jobs and the union’s concerns regarding the performance of the Executive Team and the level of staff morale,” Mr Popovski said.

Campaign to protect public sector jobs and conditions will continue

“The strong swing against the Turnbull Government is a clear message that many Australians value essential public services and the workers who provide them, and want a different style of government with a different set of priorities,” Ms Flood said.

Ms Flood credited the efforts of CPSU members with the Prime Minister’s mid-election back-flip on his plan to outsource the Medicare payments system.

“Under intense pressure from voters, unions and other groups, Mr Turnbull stated clearly he would not be proceeding with the planned sell off, despite the fact the Government had been working on it for two years.

“We will hold him to that.”

“Four out of five Commonwealth public sector workers still don’t have a new agreement and this long-running dispute needs to be resolved as fairly and quickly as possible,” Ms Flood said.