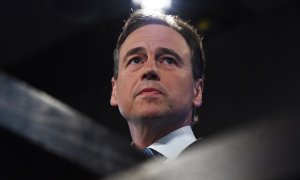 Industry, Innovation and Science Minister Greg Hunt has sought the views of CSIRO staff as his office develops a new statement of expectations for the organisation.

Speaking at a recent gala dinner celebrating CSIRO, Minister Hunt made it plain that the Turnbull Government would call for a shift in focus to pursue “pure public good research as a foundation stone for (Australia’s) knowledge and capabilities.”

In describing the aspiration of making CSIRO the “world’s premier public research organisation,” in the next ten years, the Minister admitted that it was “an ambitious goal, but it is achievable over the coming decade.”

New Statement of Expectations on the way

Minister Hunt wrote to the CSIRO Staff Association outlining his intent to revise the Federal Government’s statement of expectations as a commitment to the “long-term future of CSIRO as a global scientific research leader,” and inviting staff representatives to comment on the current statement and “areas which the future Statement for CSIRO might address.”

“The Staff Association has comprehensively contributed to past Government inquiries and reviews of CSIRO and the Australian innovation system and we thank the Minister for the opportunity to provide input to the current Statement of Expectations process,” Mr Popovksi said.

“We recommend a bipartisan approach be taken in determining the level of funding for CSIRO, with at least a decadal commitment agreed by all parties.

“Commonwealth government science should be viewed as an asset for preparedness to respond to economic, environmental and social change.”

“In turn, Funding to CSIRO should reflect the increasing scale of the future scientific challenges and opportunities of Australia,” Mr Popovski said.

“The staff of CSIRO and other Commonwealth science and research agencies are their most important asset,” Mr Popovski said.

“These talented and highly trained individuals are the primary channels of collaborations, so it is essential that staff are free to establish and promote relationships.

“The reality is that corporate culture in CSIRO has led to less opportunity for open and direct engagement. The Staff Association recommends greater flexibility for CSIRO staff on external engagement and public comment than general federal public sector provisions, but with clear responsibilities based on scientific integrity,” Mr Popovski said.

Citing falling job security as well as the growing wage gap and between government science organisations and the university research sector, Mr Popovski highlighted the need to both attract and retain the best and brightest talent to CSIRO.

Mr Popovski also targeted the bargaining impasse at CSIRO, describing the stultifying effect on the workplace.

“The Government’s bargaining policy, which is stifling the modest objective of CSIRO staff to retain current working conditions and rights in the Enterprise Agreement, has created uncertainty and despair about the future of work and careers in CSIRO.

“The Staff Association believes many more talented staff could voluntarily leave as a consequence and that CSIRO may also not attract the quality of staff required in coming years,” Mr Popovski said.

Describing the challenges facing the organisation to become more diverse and inclusive, Mr Popovski called on the Statement to directly address the task at hand.

“The Staff Association recommends that the Statement of Expectations recognises the need to improve diversity and inclusion in CSIRO and that the Government work to support programs in CSIRO which can fast track improvements.

Building a vibrant and sustainable presence in regional Australia should also form a key priority for the organisation, Mr Popovski said.

“CSIRO, like the Bureau of Meteorology, is a national asset that should have a broad footprint, in particular to address problems and provide solutions to industries and communities in regional and remote Australia.”

In addition to the Staff Association and CSIRO Executive, the consultation process for the revised Statement of Expectations includes industry, university, research and community representatives.

A formal announcement of the new Statement is expected from Minister Hunt’s office in coming months.