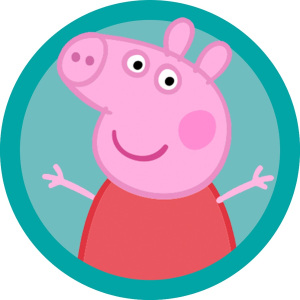 James Spigelman warns government to back off after it accused broadcaster of breaching public service bargaining guidelines at a time when budget was tight, writes Katharine Murphy for Guardian Australia.

THE ABC CHAIRMAN James Spigelman has upped the ante with the Turnbull government, declaring recent criticism of its enterprise bargaining agreement is “a fundamental challenge to the independence of the ABC”.

Spigelman wrote on Wednesday to the public service commissioner, John Lloyd, warning him to back off commentary on the ABC enterprise agreement.

“Your assertion of authority to control the internal staffing policies of the ABC, potentially in any aspect of the wide-ranging powers conferred on you by the Public Service Act, is a fundamental challenge to the independence of the ABC from government interference,” Spigelman told Lloyd in a letter seen by Guardian Australia.

In addition to Lloyd’s negative commentary, three senior ministers have publicly bagged the ABC’s pay deal. The communications minister, Mitch Fifield, and the workplace minister, Michaelia Cash, have also written to the broadcaster’s board, demanding an explanation for the “generous” deal.

Fifield has said the deal is more generous than being offered to employees at SBS, and he’s signalled there will no more money to cover it.

The treasurer, Scott Morrison, has also criticised the agreement.

“What I find strange about this is that every time we tell the ABC to tighten its belt they say that Peppa Pig has got to go off air, but when it comes to these sorts of arrangements they seem to be able to find the money,” Morrison said.

The ABC’s new pay deal offers the broadcaster’s 5,000 staff a 2% pay rise per year over three years. It also includes a one-off $500 payment, back pay and enhanced conditions, such as seven days domestic violence leave and an increase in maternity and spousal leave.

The ABC points out the agreement also includes productivity enhancements, including changes to rosters, a reduction in the minimum call-out time for casuals and a simplified process for managing poor performance.

Lloyd has said the ABC is subject to the 2015 commonwealth workplace bargaining policy, and is in breach of the policy.

But Spigelman vigorously contests this.

“No lawful basis for this assertion has ever been identified in any relevant communication from the commonwealth government to the ABC,” the ABC chairman says.

“It is the firm belief of the ABC board that there is no lawful requirement to comply in this regard.”

The chairman says the ABC is aware and has been advised of government policy, and notes under its own legislation, the broadcaster is obliged to give “consideration” to that policy.

“The ABC has given such consideration,” the chairman says.

“At all times in its bargaining on a new enterprise agreement, the ABC has sought an outcome that is fair and reasonable for staff while consistent with the board’s responsibilities to deliver an efficient, effective and independent national broadcaster.”

This article was first published by Guardian Australia.