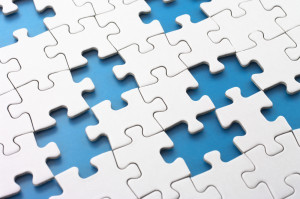 The Executive Team has failed to convene a meeting of Consultative Council in 2017, less than twelve months since the release of the Ernst & Young review which sharply criticised senior governance arrangements at CSIRO.

Traditionally held biannually, meetings of the Consultative Council provide a formal opportunity for representatives of CSIRO management and staff to discuss a range of issues relating to the operation and strategy of the organisation.

CSIRO Executive has advised the Staff Association that the 77th Meeting of CSIRO Consultative Council will be held on Thursday 7 September at North Ryde.

“It’s not a satisfactory state of affairs. CSIRO’s Consultative Council last met in August 2016. For more than recent memory, meetings have occurred biannually.”

Section 56 of the Science and Industry Research Act details the establishment of the Consultative Council.

‘There is established a Consultative Council comprising persons nominated by the Board to represent the management of the Organisation and representatives of organisations of officers.

‘The functions of the Council are to consider, and to report to the Board on, any matter affecting, or of general interest to, the officers of the Organisation, including any such matter that is referred to the Council by the Board.’

Even though Staff Association representatives have met with CSIRO Executive semi-regularly throughout 2017, the delay in holding a Consultative Council meeting is a bad look, Mr Popovski said.

“Getting the basics wrong sends a poor message to staff and external stakeholders. It reinforces the perception – right or wrong – that the CSIRO Executive team is still not responsive to staff needs.”

Working off a low base

At the time, while describing the report as “uncomfortable to read,” CSIRO Chief Executive vowed to do better.

“I accept (the findings) and the recommendations made, and commit to improve our processes to deliver better outcomes for our staff moving forward,” Dr Marshall wrote in an email to all CSIRO staff last September.

“Since then, some aspects of staff engagement have improved, but much more needs to be done so staff can have a say in CSIRO’s future,” Mr Popovski said.

“The survey provides staff with an opportunity to provide their opinion on the management of the organisation and performance of the executive team.”