Spotlight on Data61 links to DHS

Spotlight on Data61 links to DHS 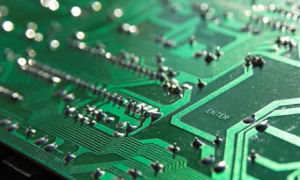 The steadily growing scrutiny of CSIRO’s Data61 and the Department of Human Services looks set to continue, with moves afoot in the Senate to examine the Federal Government’s multi-billion dollar spending on information technology.

Data61 and the Department of Human Services (DHS) have been mentioned several times in despatches since May’s Federal Budget where social services minister Christian Porter said the CSIRO’s data unit could be involved in a controversial plan to drug test welfare recipients.

Meanwhile, in response to questions on notice provided to the Senate this month, CSIRO revealed that Data61 had signed three short-term contracts with DHS since January 2016 amidst the spectacular implosion of Centrelink’s so-called Robo Debt program.

In documents obtained under a Freedom of Information request by InnovationAus, CSIRO admitted to only being approached by the government a month before the controversial drug testing proposal was announced.

“The documents, internal correspondence between the CSIRO and the Department of Social Services, were heavily redacted by the CSIRO, with details of the contract and Data61’s planned involvement remaining secret,” InnovationAus reported.

However the report continues that “Data61 has still not signed the contract to work on the project nearly four months after declaring it was “eager” to participate.”

Opposition to the drug trial is growing, with the Labor caucus recently resolving to oppose the controversial policy, leaving the Coalition to negotiate with the fractious crossbench in an effort to legislate the pilot program.

In response to questions from the Senate, CSIRO has revealed three separate contracts with DHS following the expose of the Robo Debt scandal in January.

IT News reported recently that one contract “worth $46,200 – involved a ‘retrospective analysis of the design and implementation of the [system] that was in use at the time by DHS, and suggested possible improvements to the system’.

“The second – worth $55,000 – saw Data61 ‘provide technical advice to DHS as DHS designs and builds a prototype for a possible new approach to selecting customers to enter’ the online compliance program.

“Data61 signed another short-term contract worth $44,000 with exactly the same terms for the May to June period.”

However – in a response that casts further doubt over the involvement in the drug testing trial – IT News reported that CSIRO stated it “was not currently involved in any other projects with DHS.”

Senate to step up scrutiny

Federal Labor appears fed up with the recent performance of government technology project and has asked the Senate’s Finance and Public Administration to switch on the spotlight.

“Labor believes the Senate Finance and Public Administration Committee should examine why so many projects have failed, been cancelled or crashed and what can be done to put the vital work of digital transformation at the centre of government,” Shadow Minister for the Digital Economy Ed Husic said.

In addition to Robo Debt, the inquiry referral will request examination of recent government technology failures including Australian Tax Office outages, the ABS census crash and revelations regarding the alleged sale of private Medicare records on the dark web.