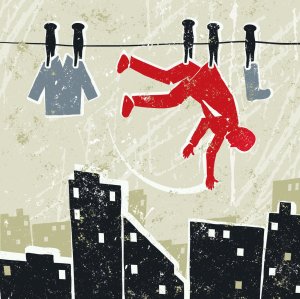 CSIRO Executive appears to be facing a further deterioration in external earnings, sparking fears of yet another round of job cuts. While the broader CSIRO picture is likely to become clearer over coming weeks; senior management have confirmed dozens of potential job cuts in the Mineral Resources business unit and Data61.

Based on information provided to the Staff Association, more than forty research jobs in Mineral Resources are at risk with the Clayton, Waterford and Pullenvale sites to be hardest hit.

Meanwhile some 15 positions at Data61’s Marsfield laboratory in Sydney have been declared potentially redundant.

The union will be working to support affected members, enforce the EA and – where possible – minimise and mitigate involuntary redundancies. For advice or representation, email [email protected] or talk to a Staff Association organiser.

In response to CSIRO’s 2020 Strategy, the Mineral Resources leadership team “has identified the need to reshape the current capability profile across the Business Unit to allow more focused delivery into identified priority areas that present strong science and impact opportunities including potential for growth of external revenue.”

“The transition in further complicated by weak mineral markets over the last few years leading to reduced revenue and an additional financial driver to reduce costs. These pressures are most acute in our mineral processing activities,” the advice states.

Three areas of Mineral Resources research capability have been identified for cuts; specifically Processing, Characterisation and Hard Rock Mining. More than 40 scientists working in Victoria, Western Australia and Queensland will be affected, with the cuts falling at laboratories in Clayton, Waterford and Pullenvale respectively. CSIRO’s Data61 is set to sack 15 staff from Sydney’s Marsfield laboratory, home of the organisation’s historic research that partly led to the development of Wi-Fi internet technology.

Data61 has advised the Staff Association that the “impacted teams are confined to the Communications systems group within the Cyber Physical Systems program which is comprised of small teams in the electromagnetics, microwave systems, communications and project management capabilities.” All of the positions identified are set to be cut from Sydney’s Marsfield laboratory, home to Data61 and CSIRO Astronomy and Space Science researchers. Scientists working at the Marsfield lab in the 1990s famously developed technology that forms a component of most current day wireless internet or Wi-Fi systems.

Over coming months, the Staff Association will step up activities to protect the rights and jobs of CSIRO employees across the organisation.

If you’re not yet a member of the union and want to help protect the future of CSIRO, join today. For more information about membership, email [email protected] or speak to your local delegate.