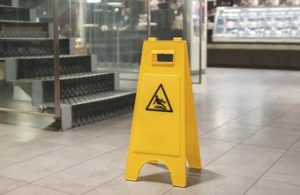 The clean-up of CSIRO’s messy Annual Performance Agreement process – due in no small part to Staff Association pressure – is underway in a major win for learning, training and development opportunities for workers across the organisation.

Many Staff Association members and delegates provided examples of staff being disadvantaged in APA and reward assessments, not to mention directions to comply with deadlines that were not consistent with the requirements of the EA.

Standing up for members

Due to advocacy on behalf of members and representatives, the Staff Association can report that CSIRO Human Resources (HR) has agreed to some key changes to future APA processes to ensure compliance with the EA, improve transparency and begin making the first steps to a more consistent approach to training and development across the organisation.

The following changes will now be implemented for the upcoming APA and reward assessment cycles:

Previously, different Business Units stipulated different deadlines for the submission of rewards cases, with some falling well before the end of the financial year. This practice resulted in staff having to finalise reward cases at seemingly random times before current APA cycles neared completion. A hard deadline of 31 July will hopefully provide a consistent and more reasonable timetable for all CSIRO staff to submit reward cases.

In recent times, some Business Units required CSIRO staff to have completed Stage Three (Review) of their APA before the submission of  a reward case. This resulted in staff being directed to complete their APA well before the required deadline of 31 August, as stipulated by the EA. In a victory for common sense, CSIRO now will permit staff to submit a reward case with their current APA – while ‘in progress’ rather than ‘completed’ – if they so choose. However, if the reward case is subsequently supported by the Business Unit committee; the reward will only be approved following successful completion of Stage 3 of the APA by 31 August.

Do concerns remain despite these agreed improvements?

Yes. The Staff Association is seeking written clarification from CSIRO HR on why some Business Units will still commence  local reward assessment practices months earlier than the required APA timeframes of the EA. It’s worth nothing that these inconsistent APA practices and the resulting discrepancies with the EA were never addressed by CSIRO HR during the recent, marathon EA negotiations.

Following Staff Association action, these agreed – yet incomplete – improvements for the upcoming APA cycle do represent opportunities for interim solutions. The Staff Association will continue to monitor compliance with the revised reward assessment processes as well as SAP and template changes to the APA itself.

Not a member? Want greater transparency and opportunities in CSIRO?

The Staff Association works to improve the working environment in CSIRO; in this case to simplify and improve transparency in APA and reward assessment.

By joining the Staff Association, you are helping yourself, but also ensuring we can continue to enforce rights and provide greater opportunities for our members in CSIRO. For more information about membership talk to your local delegate, organiser or email [email protected].