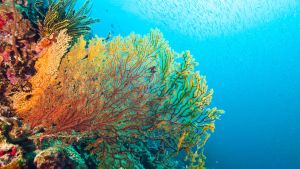 A Turnbull Government decision to grant $444 million in Great Barrier Reef funding to a small foundation to administer is attracting substantial criticism.

Serious questions concerning the Government’s decision-making process and implementation of the grant – first announced in early May as part of the 2018-19 Federal Budget – threaten to erode public support for preservation of the reef, CSIRO Staff Association Secretary Sam Popovski warned.

“It doesn’t pass the test of suspiciousness, how this money ended up in (the Foundation’s) hands so quickly, and it should be rescinded.”

Mr Popovski said that public funding earmarked for research should go directly to trusted science agencies – such as CSIRO – rather than private organisations with limited reputation and capacity to undertake the work.

“We should go back to using the money in the best way, which in our view, means involving CSIRO scientists from the start to get the best outcomes.”

“The questions raised about the suitability of the Great Barrier Reef Foundation – as well as Government processes in awarding this massive taxpayer grant – are concerning and remain unanswered,” Mr Popovski said.

The Great Barrier Reef Foundation (GBRF) – a charitable foundation focussed on corporate philanthropy with only six paid staff – was itself apparently caught unawares by the massive grant.

GBRF Managing Director Anna Marsden told a Senate inquiry in July that the foundation had not heard about the proposed grant until April.

“We were first informed of this opportunity to form a partnership with reef trust on the 9th of April this year,” Marsden told the inquiry.

Ms Marsden later described the decision to award the grant had come as a “complete surprise” to the Foundation.

Documents tabled to the Australian Senate reveals the complete shock at senior levels of CSIRO upon hearing the news.

In an email on the morning of 30 April, the day after the grant announcement, CSIRO’s then chief operating officer, Hazel Bennett, says: “we didn’t have visibility … seems to have involved the PM’s office … funding went to the Great Barrier Reef Foundation … team will make calls this morning to see what else they can find.”

CSIRO Chief Executive Dr Larry Marshall was quick to reach out to Great Barrier Reef Foundation executives to offer support in managing the shock windfall, ultimately resulting in the part-time secondment of a senior CSIRO scientist to assist.

However, the murky process that led to the decision to award the grant continues to attract scrutiny and growing controversy.

A Senate inquiry into the grant has been extended to facilitate extra public hearings in September and media reports suggest that CSIRO Executives will be called to provide testimony.

The ultimate genesis for the almost half billion-dollar grant to the GBRF remains shrouded in mystery. Environment Minister Josh Frydenberg said that the idea to give money to the foundation was contained in a budget submission brought to cabinet last year, which was prepared by his department, but has refused to clarify if it was his idea or not.

Minister Frydenberg and Prime Minister Malcolm Turnbull – both present at a meeting with the GBRF on 9 April – would not clarify the origin of the grant proposal; instead describing the move as a decision of Government.

The entire $444 million – representing a six-year commitment from 1 July 2018 – was paid into the account of the GBRF on June 28, the day after it signed the grant agreement with the Department of the Environment.

“The grant agreement between the Department and the Foundation was formally executed on 27 June 2018. We paid the Great Barrier Reef Foundation $443.3 million (GST Exclusive) on 28 June 2018 representing the full value of the agreement,” The Department of Environment said in a statement.

Opposition forces – led by Labor and the Greens – are demanding the grant be returned citing a lack of fundamental probity for an amount so large.

“The (GBRF) had not applied for the grant, there had been no call for tenders and no public servants were present at the meeting,” Labor Senator Kim Carr said.

“All of that is outrageous, but a deeper issue arises from the decision. By giving this money to a private foundation, the government has sidelined Australia’s publicly funded research agencies.”

“The Australian Institute of Marine Science and the CSIRO – along with universities such as James Cook University – have long been involved in conducting research on the Great Barrier Reef.

“Their work means they are the institutions best placed to advise on how to preserve it, in consultation with the Department of the Environment and the Great Barrier Reef Marine Park Authority.

“But to continue that work, these internationally renowned research agencies will now have to go cap in hand to a private charity to gain access to taxpayer funds,” Senator Carr said.