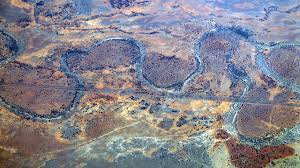 This week’s release of the report of the Murray-Darling Basin Royal Commission has exposed a crisis of science integrity and maladministration at the highest levels in CSIRO, writes Sam Popovski.

THE DAMNING report didn’t hold back in revealing how CSIRO science has been ignored or used in a misleading way on multiple occasions by the Murray-Darling Basin Authority (MDBA).

As early as 2011, MDBA management ‘improperly pressured the CSIRO to alter parts of the CSIRO’s Multiple Benefits report’. The Commission found that ‘CSIRO should not have agreed to the changes that were made’ and that this conduct by CSIRO management represented maladministration.

The Commission also found that climate change modelling developed by CSIRO was ignored by the MDBA in the implementation of the first Murray-Darling Basin Plan, an act of legal negligence and maladministration.

And as recently as 2018, the MDBA defended its amendments to the Basin Plan, citing ‘rigorous, CSIRO approved methodology’. The Commission however found that the MDBA’s statement was misleading and inaccurate as the methodology was a ‘highly simplified hydro-ecological model not intended for site-scale planning or assessment of works and measures scenarios.’

The Commission’s findings on CSIRO’s conduct

An assessment of CSIRO’s conduct during the Commission’s process was damning. The Commission found that CSIRO:

In summary, the Commission stated that ‘Notwithstanding its status as Australia’s leading, independent, scientific research body, the CSIRO declined to attend and participate in debate and discussion concerning matters of scientific controversy with national significance. The Commissioner regards the lack of responsiveness, apparent lack of interest and presumptuous tardiness of the CSIRO in this regard as reflecting no credit on a once well-regarded institution.’

CSIRO’s leadership is now in damage control of a crisis that it substantially created as a result of its own management actions. Land and Water Director Dr Jane Coram has been quick to remind staff to ‘not provide public commentary or make statements about the Royal Commission or the Murray-Darling Basin Plan.’ CSIRO Executive Peter Mayfield is now leading a ‘situation management team’ to inform an ‘appropriate response.’

Sadly, the Staff Association is not surprised by either the circumstance or CSIRO’s response. Science integrity is an enormous challenge with a leadership that has proven either incapable or unwilling to push back against political interference. This has been coupled with the increasing pressure from the Executive to preferentially perform research that is funded by industry and vested interests.

The Staff Association is calling on CSIRO’s leaders who have placed CSIRO’s integrity at stake through any of their actions to immediately consider their position within the organisation.

The Staff Association will again be calling upon Labor to commit to a full independent inquiry of CSIRO’s senior management structure and operations if elected to Government this year. Labor previously committed to such an inquiry before the last Federal Election.

The re-introduction of a Science Integrity Charter, which was previously in place within CSIRO is also critical. The Charter has been ignored during the terms of the Abbott, Turnbull and Morrison Governments.

And we know that staff need a greater voice at the top. This would start with the creation of a staff-elected position on the CSIRO Board, which Labor has already committed to at its national conference in December.

It’s not often that the Staff Association takes this type of stand. But CSIRO’s reputation is built on the integrity and commitment of staff and we will continue to do everything we can to protect this legacy.

CSIRO needs to be a better and fairer place to work. It starts with us being resilient and optimistic; joining and participating in the Staff Association and using our influence to reinstate the value of science and staff in our proud organisation.

Sam Popovski is the Secretary of the CSIRO Staff Association