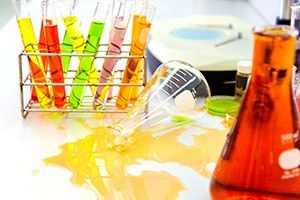 The controversial changes are currently in a consultation period with staff after the Staff Association raised concerns late last year.

How did these changes arise?

In 2018, the CSIRO Science Council (comprising the Science Directors of Business Units) drafted a new procedure for postdocs. The Staff Association was not included in discussions about the new procedure.

What are the nature of the changes?

Three main changes are being proposed:

The current CSIRO Postdoctoral Fellows Procedure and the CSIRO Enterprise Agreement 2017-2020 (EA) provide the opportunity for consecutive postdoc appointments as long as the total time as a postdoc does not exceed six full time equivalent years. This provision was introduced into CSIRO as part of the negotiation of the 2005 Enterprise Agreement to recognise labour market challenges for postdocs in Australia. It has since been activated in limited circumstances, including to allow for short extensions of an initial three year fellowship to complete work and transition to further employment.

CSIRO’s position is that at the end of a three year appointment, postdocs should have reached the maximum competencies of CSOF Level 4 and should therefore only be considered for CSOF Level 5 Research Scientist or Engineer positions (if available), not further postdoctoral appointments at CSOF Level 4.

The current CSIRO Postdoctoral Fellows Procedure and the EA provide the option to appoint a postdoc fellow at one CSOF level higher than the standard level (CSOF Level 4) for postdocs. This provision was also introduced into CSIRO as part of the negotiation of the 2005 Enterprise Agreement so CSIRO could be flexible in attracting postdocs in science and technology fields in high demand where the applicant is able to demonstrate CSOF Level 5 capabilities.

CSIRO’s position is that such applicants should be appointed as CSOF Level 5 Research Scientists or Engineers, not Postdoctoral Fellows, in order to be compliant with CSIRO’s work classification standards.

The Staff Association was notified by individuals on the Postdoctoral Fellows Committee that changes to the procedure were afoot late last year. Initially we were informed that postdocs were involved in developing the changes and that the Science Council had been consulting with staff in Business Units. We asked for a copy of the new draft procedure and a meeting with HR to discuss the proposed changes, including to ascertain if the proposals were consistent with the postdoc conditions in the EA. This was the first time that the Staff Association was included in any consultation.

On receiving the draft procedure, the Staff Association immediately identified that the proposed removal of consecutive and CSOF Level 5 appointments, along with the revisions to purpose and intent, were a breach of the current EA. On 3 December 2018, we wrote to CSIRO with detailed amendments to the procedure, including to address the breaches, and sought commitments to further consultation, including with staff as a whole.

On 11 December 2018, CSIRO wrote back to the Staff Association and incorporated some amendments. However, CSIRO’s response to the breaches of the EA was inadequate and ambiguous, essentially revising the procedure to note that the provisions of the EA on consecutive and CSOF Level 5 postdoc appointments will continue to apply, but continuing to retain the content of the intended changes in the procedure. Technically, this means that the changes could only come into effect if the Staff Association and staff agree to them as part of a new EA process after 14 November 2020, the nominal expiry date of the current EA. In practice, it creates a new procedure with content that is extremely ambiguous and potentially misrepresents conditions of postdoc employment.

At the time of providing its initial response, CSIRO also notified the Staff Association that it would consult with staff on the new procedure for three weeks, including over the Christmas/New Year shutdown period. The Staff Association stated that this was insufficient, particularly considering the significance of the changes and the low awareness amongst postdocs and researchers in general.

Early in the new year, researchers in a number of Business Units, including in Agriculture and Food and Land and Water, began to raise awareness of the changes and raised concerns about consultation with the Staff Association. CSIRO then determined to extend the consultation period for several weeks.

CSIRO HR is still consulting with staff and the Staff Association on the new procedure. The Staff Association has been asked to participate in a meeting on Friday 1 March to consider further proposed changes from HR, including as a result of national meetings held with postdocs and with group and team leaders.

The Staff Association’s position has not changed and is straight forward. The provisions of the EA as they pertain to postdocs, including the conditions for consecutive appointments, CSOF Level 5 appointments and the purpose and intent of fellowships, must continue to apply. The EA is a legally enforceable document, unlike CSIRO policy, and HR can not make changes to it without renegotiations with the Staff Association and a vote of staff.

Getting to an outcome

The Staff Association’s preferred outcome at this point is that discussions on proposed changes for postdocs be subject to a proper and inclusive consultation process across CSIRO ahead of the new negotiation for an Enterprise Agreement to commence next year. CSIRO Executive management will then be able to propose an overall position on postdocs and the Staff Association will bring forward the views of postdocs and researchers. Staff Association representatives are willing to participate in discussions well ahead of the nominal expiry date of the EA to reach in-principle agreement.

Ahead of the meeting on Friday 1 March, we’d love to hear from members, postdocs, researchers and others, with your perspective on the two main proposed changes to the procedure. Please fill out our anonymous snap poll and provide us with any other comments.

Talk to you colleagues in the workplace, including postdocs, and get them involved with the Staff Association, to protect the conditions of early career researchers and ensure we achieve an outcome that works for everyone.