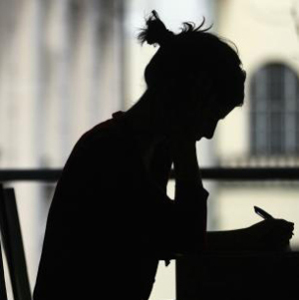 CSIRO Human Resources (HR) have commenced consultation with all staff on a new Workplace Issues Resolution Procedure which will replace two existing procedures, the Misconduct Procedure and the Grievance Procedure, in effect merging these two procedures into one.

The new Workplace Issues Resolution Procedure will exist in CSIRO policy from August this year.

Why is CSIRO HR proposing this change?

Following the landmark Pearce Investigation and Report in 2013 into bullying, discrimination and unreasonable behaviour at CSIRO, HR have been working with Staff Association representatives to integrate conduct and grievance matters into one procedure.

This work was to culminate in the inclusion of a new procedure into a newly negotiated EA by August 2014, the nominal expiry date of the previous EA. However, the entire bargaining process was stalled in large part because of the application of the Government’s regressive bargaining policy.

The Government’s policy prevented any enhancements to the EA (including any new procedures) and the Australian Public Service Commission also ruled that the existing Grievance Procedure must be removed in entirety from the CSIRO EA.

Given this, the Staff Association developed and settled a Deed of Agreement with CSIRO HR to retain key aspects of the two existing procedures in the new Workplace Issues Resolution Procedure, even though this procedure will exist in CSIRO policy for the time being.

So does the Staff Association support the new procedure?

The Staff Association is opposed to the procedure residing in CSIRO policy, as this means it will not be legally enforceable under the Fair Work Act. The Staff Association will be campaigning and negotiating to include the rights and conditions of the new procedure into the EA as part of the next round of enterprise bargaining.

The content of the new Workplace Issues Resolution Procedure is supported in-principle by Staff Association representatives. However, we wish to receive feedback from members on the proposed procedure before determining a final position.

What are the key features of the new procedure?

The new procedure retains the key principles of representation, respect and diversity, natural justice and procedural fairness. In addition it features the need to support the health and wellbeing of staff and seek to resolve workplace issues in a timely manner.

Importantly, the new procedure will allow staff to request a review by a Chief Executive Review Panel for any workplace issue where there may have been a procedural flaw or where the actions taken by CSIRO were unduly severe. The Staff Association will be able to provide representation on the Review Panel for staff that are Staff Association members.

The feedback the Staff Association receives will be used to hold further discussions with CSIRO HR to improve the proposed procedure, before it is adopted in August this year.

The Staff Association is determined that the rights and conditions of the new procedure be included in the next EA in order for the procedure to be enforceable under the Fair Work Act; and we will be consulting with members as we develop our claim for the next enterprise bargaining round.