Information for members and Election Notice

Information for members and Election Notice 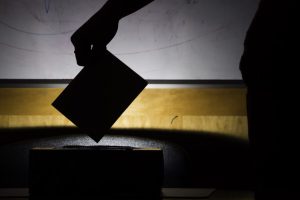 All CPSU members are encouraged to get involved and have a say in choosing their union’s leadership.

The CPSU Elections are conducted by the AEC in accordance with the CPSU PSU Group Rules.

Nominations close 12.00 noon (AEST) on Wednesday, 25 September 2019 at the office or postal address of the Returning Officer.

All positions run from the date of declaration of election until 31 December 2020.

Nominations are open to all financial members eligible to stand in the particular vacancies in an electorate. Check the Election Notice to find out which positions you may be eligible to nominate for.

How do I nominate?

Just fill in a nomination form and return it to the AEC Returning Officer:

When would the election ballot be conducted?

Where a ballot is required, the AEC will send ballot papers to all members eligible to vote who are financial as at Wednesday 28 August 2019. The ballot, if required, will open on Wednesday, 6 November 2019 and close at 10.00 am (AEDT) on Wednesday, 11 December 2019. If you have changed your postal address, make sure you update your details now by emailing [email protected]

Who is conducting the election for the AEC?

Copying or inspecting the roll of voters

Candidate statements for AEC publication with the ballot paper

For positions on the Governing Council (Deputy National President, Section Secretary, Governing Councillor or Section President), candidates may lodge a written statement of not more than 250 words in support of their candidature. The statement may only include personal details, employment history, policy details and the candidate’s claims for election and may not include any photos, pictures or diagrams.

Please submit your statement to the Returning Officer as a word document (.doc) either by email or on a CD no later than 12:00 noon (AEDT) on Wednesday, 9 October 2019.

Candidate statements for CPSU publication as per Rule 3.23

Where there is more than one nomination for a position on Governing Council (Deputy National President, Section Secretary, Governing Councillor or Section President), candidates can submit a 250 word statement and a photo of themselves in support of their nomination which will be published on the CPSU website and/or other CPSU publications.

What can the CPSU candidate statement contain?

The statement may only include personal details, employment history, policy details and the candidate’s claims for election. It should be truthful, accurate and free from defamatory or discriminatory statements. It cannot include diagrams or pictures (except that candidates for National Officer or a position on Governing Council may include a candidate photo). Statements must be received by the CPSU no later than 5pm Wednesday, 10 October 2019 to:

What about comments on other candidates for CPSU publication?

If candidates comment in their statement about any other candidate the CPSU is obligated not to publish the statement without providing that person a right of reply, as per the following rule 3.23(c):

If any item submitted for publication in an edition of any official PSU Group publication published between the calling of nominations in an election and the closing date for voting in the election comments on any other candidate directly or indirectly that article shall not be accepted for publication unless: