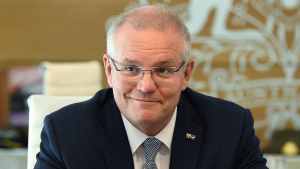 Federal Government departments will be dismantled and top leaders dismissed as part of a major shake-up of the public sector, writes Brett Worthington.

PRIME MINSTER SCOTT MORRISON has moved to stamp his authority on the bureaucracy, with the number of departments cut from 18 to 14.

The overhaul will see the merger of some departments — including the Department of Agriculture and Water Resources with the Department of Environment — in a move Mr Morrison insists will cut bureaucratic red tape and lead to better services.

Mr Morrison said five heads of departments would lose their jobs in the changes, which take effect on February 1. He said there would be no changes to his ministry.

But CPSU national secretary Melissa Donnelly said the creation of “super departments” would not increase efficiency.

“The experiences in the [Australian Public Service], where there has been the creation of a super department with the Department of Home Affairs, has been negative, in terms of people’s staff experience and the service delivery in that agency has been affected,” Ms Donnelly said.

Will staff be losing their jobs?

The Prime Minister insisted the changes were not designed to cut costs.

The ABC earlier on Thursday revealed Mr Morrison intervened at the 11th hour to block more than 100 water staff from the Department of Agriculture and Water Resources who were slated to be relocated to the Department of Infrastructure.

Senior officials were largely in the dark over the overhaul and there are reports secretaries didn’t get the chance to provide advice on the proposal.

Staff at the departments being merged are expected to retain their positions.

However, Mr Morrison has flagged further changes could be announced as early as next week.

Which departments are merging?

The changes include the creation of:

Mr Morrison chuckled when he announced Andrew Metcalfe would return to the public service as the new head of the Department of Agriculture, Water and Environment.

Mr Metcalfe was previously the boss of the Department of Agriculture but lost his job when the Coalition came to power in 2013.

“Since then, he has been a partner at EY. He will bring considerable public policy leadership experience to the Department of Agriculture, Water and the Environment and to the secretaries board,” the Prime Minister said.

Mr Metcalfe’s relationship with the Prime Minister dates back to his time as the boss of the Department of Immigration from 2005 to 2013, during which Mr Morrison served as the Opposition’s immigration spokesman.

When he lost his job in 2013, Labor alleged it was because of his tenure at the Immigration Department.

Government sources the ABC has spoken with have said he was well placed to return to lead the new department at a time when drought continued to ravage the country.

“I am very much looking forward to working with ministers on these very important issues,” Mr Metcalfe told the ABC.

As part of the restructure, Mr Morrison has expanded the North Queensland Livestock Flood Recovery Agency led by Shane Stone.

It will become a national agency, providing assistance to those dealing with drought, as well as recovering from the Queensland floods.

“It’s been one of our challenges in the drought,” Mr Morrison said.

“And what Shane and his team have been able to do in Queensland, I want to see them do across the drought-affected parts of this country.”

The new National Drought and North Queensland Flood Response and Recovery Agency, will sit within the Department of Prime Minister and Cabinet and report to Drought Minister David Littleproud. 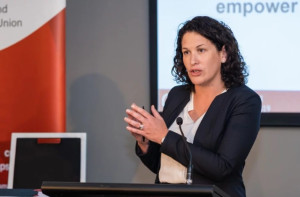 Today the Prime Minister has put his head in the sand and chose smoke and mirrors instead of real action.

Slashing four departments and creating super-departments will not address the service crisis, it will only escalate it.

We know that staff morale in the first super-department Home Affairs has crashed and this has serious impacts on service delivery and capabilities.

The Government’s own interim report into the Australian Public Service, chaired by David Thodey, did not suggest the creation of any new super-departments. In fact, it suggested steps be taken to reduce Machinery of Government (MOG) changes like this. The Government has been sitting on this report since September, it must be released.

The CPSU is calling on the Government to release the Thodey Report and reverse the Average Staffing Level cap.

“It is clear that the Prime Minister is out of ideas, first he borrowed Services Australia from the NSW Government, now super-departments. Moving buildings and merging departments does not fix the service crisis created by his own government.”

“We know that since 2013 18,908 or 11.4% of public service jobs have been cut under successive Liberal Governments, causing enormous damage to the capacity of the Commonwealth to deliver policy and essential services that all Australians rely upon.”

“This change will not do anything to address the 48 million unanswered calls to DHS in 2017/2018 or the further 5.3 million calls abandoned out of frustration. These are not the actions of a good government. This won’t change the delays in the Family Court, and it won’t change the challenges our CSIRO face.”

“The Prime Minister is wrong if he thinks slashing departments is going to improve services to the community. If Scott Morrison was serious about making sure Australians can rely on government services, he should stop gutting jobs and lift the ASL cap. “

“The community does not care about Canberra games, they care if their call to Centrelink get answered or if their Robodebt gets fixed; that their visa gets processed; that we meet our climate targets; and that our bio-security officers can stop threats at the border. This announcement today doesn’t fix any of the mess the Morrison Government has made and doesn’t do anything about the ASL cap or budget restraints.”