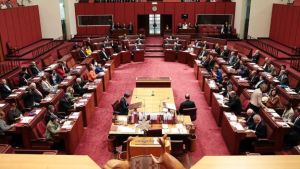 The public sector bargaining stalemate is set for a showdown in the Senate, with the Education and Employment References Committee to conduct a quick fire inquiry into the Coalition Government’s bargaining framework.

Examining the protracted dispute – which has stranded around 100,000 federal public servants without an enterprise bargaining agreement – the investigation will focus on topic areas such as service provision, staff morale, working conditions and rights and the state of employment relations across the federal public sector.

The committee is set to report by the end of November. Hundreds of submissions – from public sector organisations, unions and individual workers – have already been received with public hearings scheduled in Canberra and Townsville over coming weeks.

Over 250 submissions have been supplied to the committee, including the CSIRO Staff Association, Community and Public Sector Union (CPSU), Australian Council of Trade Unions (ACTU) plus hundreds of individual public sector workers.

“(CSIRO) staff are extremely frustrated by the inability to genuinely negotiate with their employer,” the CSIRO Staff Association submission states, noting that the recent ballot was “the first opportunity to vote on an offer occurred 27 months after the nominal expiry of the current agreement.”

The CPSU submission noted that after more than 1,000 days, more than two thirds of federal public sector employees still do not have replacement enterprise agreements.

“This is the first time in more than 30 years a Commonwealth Government has been unable to resolve workplace bargaining for the vast majority of staff within a term of government.”

The ACTU expressed concern that the current federal government bargaining policy was ‘inconsistent with the cooperative and productive workplace relations and the status of the Australian Government as a model employer.”

The inquiry will hold public hearings in Canberra and Townsville over the coming fortnight. CSIRO Staff Association has been invited to supply additional evidence to the committee at the Townsville hearings.

At this stage the Education and Employment References Committee is due to receive the inquiry report by 30 November 2016.