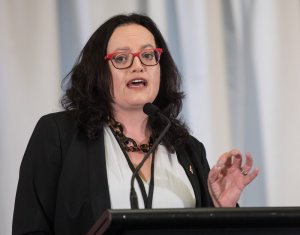 The CPSU has urged the Turnbull Government to fully and immediately implement the recommendations of a Senate inquiry into public sector bargaining and thereby swiftly resolve the three-year dispute.

The Senate’s Education and Employment References Committee has examined in detail the unprecedented impasse in negotiating enterprise agreements and made numerous recommendations to resolve it.

CPSU National Secretary Nadine Flood said: “This report clearly outlines the serious and unnecessary damage that’s been caused by this messy dispute – to public services, to hardworking staff and their families – while recommending Government act on some sensible changes that would allow a resolution.”

“The inquiry has made some common-sense recommendations to fix up this mess, rightfully urging Minister Michaelia Cash and Public Sector Commissioner John Lloyd to take responsibility for the impact of their approach and work to fix this three year mess. As I told the Senate committee earlier this month, the CPSU is prepared to sort this out but there is no-one sitting on the other side of the table.”

“It’s time for leadership, for Government to recognise this hasn’t gone away, that agencies and workers remain mired in a nasty and unnecessary dispute, while after three years, Government has not achieved their objectives.”

“At the heart of this impasse is the Turnbull Government’s approach of an unworkable public sector bargaining policy combined with the Minister refusing to discuss its impacts, which has made it all but impossible for agencies to offer anything sensible and has seen wholesale cuts to rights and conditions that 100,000 Commonwealth workers continue to doggedly resist.”

“This committee was presented with enormously compelling evidence from CPSU members and others, demonstrating how committed they are to their important work serving the Australian community and outlining the personal hardship of this dispute on workers and their families.”

Ms Flood said: “It’s a disgrace that there are 100,000 ordinary Australians working in Commonwealth agencies heading towards their third Christmas without a pay rise, because they can’t afford to give up the workplace rights and conditions that allow them to juggle their work and family commitments.”

“The majority of these workers earn modest wages. All they want is to keep the rights and conditions they’ve already got and get a pay rise that doesn’t leave them worse off as they struggle to pay rent or a mortgage and put food on the table.”

“The Turnbull Government could fix this mess relatively quickly by following this inquiry’s recommendations. The alternative is Border Force workers fighting Government in Fair Work, more No votes, a continuing decline in workplace morale and more industrial action like the mums and dads in Medicare, Centrelink and Child Support back on strike next from next week.”