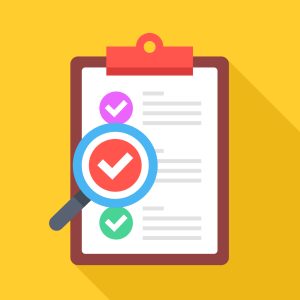 CSIRO workplace issues – as identified by Staff Association members – will take centre stage at the next meeting for enterprise agreement (EA) negotiations; with all parties due to nominate key themes and bargaining objectives.

Senior management and Staff Association bargaining representatives have committed to fortnightly meetings in an effort to make early progress in negotiations before the end of the year.

Staff Association Secretary Sam Popovski said the upcoming negotiation meeting would be the first major opportunity for the bargaining issues nominated by CSIRO staff to be heard by management.

“The bargaining issues survey results provide a snapshot of the workplace hopes and concerns of CSIRO staff from across the country.”

“A number of key themes have been clearly identified and Staff Association bargaining representatives will use these as a framework for developing – in consultation with members – a comprehensive bargaining position.”

“In the meantime, the survey results reveal a CSIRO workforce that is most interested in increased job security, improved pay out comes, the maintenance of existing workplace conditions and the timely conduct of EA negotiations,” Mr Popovski said.

The impact of the Average Staffing Level (ASL) cap – and subsequent increase in the use of contractors and labour-hire at CSIRO – continues to fuel job security concerns.

“It’s absolutely critical to reinforce full-time permanent as default mode of employment, stop the outsourcing and casualisation, anything that helps stop the staffing cap and improves staff consultation,” one respondent said.

“We must reinstate provisions to improve employment security for casuals, contract staff and postdocs and  minimise outsourcing, especially where staff are virtually forced to leave and get an ABN or work for labour hire just to do the job they are currently doing,” said another.

Survey recipients revealed reasonable expectations for pay outcomes – tempered by concerns over potential trade-offs in workplace conditions – however many staff highlighted the growing gap between salaries at CSIRO compared to the university research sector.

For many respondents, future pay increases should keep pace with inflation. “A pay rise in line with the Consumer Price Index is technically fair but it’s also recognised for research-related staff that salaries are dropping behind market rates as set by the universities,” one participant said.

“The delay in the last bargaining round means some ‘catch up’ would be reasonable… but conditions are more important than pay,” said one respondent.

“We need better pay rates, we are falling behind our peers employed at universities,” said another.

The maintenance and protection of existing workplace conditions in a new agreement remains of paramount importance to Staff Association members.

“We must ensure no entitlements are moved into policy,” and “I want a binding agreement that protects our current conditions,” represent sentiments echoed by many respondents.

“Ultimately what I would like to see through the bargaining process is no further eroding of our working conditions,” said one participant. “This includes not moving conditions out of the enterprise agreement (which is legally enforceable) and into CSIRO policy (which is not),” they said.

“Conditions are important to me and I am happy with all current conditions and see no need to change anything. I would always forego pay for good conditions,” said another.

Given the lengthy delays across the federal public sector during the last bargaining round; it’s unsurprising that many CSIRO staff expressed a desire for timely negotiations.

“In the past we’ve seen CSIRO management delay the process of EB negotiations much to staff dismay,” one respondent said.

“We must make sure that this enterprise bargaining process is not going to drag on and on past the due date of pay increase as previous agreement,” said another.

Many respondents called for the reinstatement of back-pay and other mechanisms to encourage the timely conclusion of negotiations.

“Back pay for pay rises that don’t occur during the bargaining period or implementing the average annual pay rise negotiated in the previous agreement in following years if bargaining for a new deal drags on.”

Key themes and issues would be discussed at the next negotiation meeting on Thursday 27 November, Mr Popovski said.

“Staff Association bargaining representatives will report to members following the meeting, including a description of the initial bargaining position of CSIRO senior management,” he said.