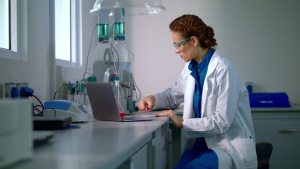 CSIRO’s proposal to change the organisation’s Postdoctoral Fellow program has been met with widespread concern from staff and consistent criticism at the lack of adequate consultation.

The controversial changes – involving the introduction of new procedures for Postdoctoral Fellows (postdocs) not consistent with enterprise agreement working conditions – have created significant disquiet among the wider CSIRO workforce.

Responding to issues raised by Staff Association representatives, CSIRO Human Resources (HR) have now released an updated procedure as part of a revised and extended consultation process slated to run until mid-April 2019.

More than one hundred CSIRO employees responded to the Staff Association snap poll which sought feedback on two key features of the management proposal (no more consecutive fellowships or appointment of postdocs at CSOF Level 5) and provided an opportunity for general comment.

More than three quarters of respondents (76.6 per cent) disagreed with the proposal to stop second (consecutive) postdoctoral fellowships.

Meanwhile 71.9 per cent of participants did not agree with the proposal to remove the option to appoint postdocs at CSOF Level 5, even notwithstanding limitations.

While the overall commentary contained a range of thoughtful opinions regarding the employment of postdocs in CSIRO, there was consistent criticism for the process employed by HR and senior management in putting forward the proposed changes.

“It is surprising that CSIRO put out the proposal before doing this type of consultation,” wrote one participant. Another described the lack of consultation as “appalling,” while yet another respondent said the “extremely poor consultation process involved in this amendment creates suspicion about the motives (of management).”

For another respondent the situation was regrettable. “The lack of proper consultation is disappointing and unhelpful to develop a culture of trust. I have not found “one” person in my work environment that has different view in this regard. I believe we all want the best outcome for postdoc researchers but they, and their supervisors, must be part of the consultation.

“I hope that our managers rethink their strategy a proper consultation process takes place before any changes are introduced. Finally, this has caused high degree of stress and concern among postdocs.”

Following a meeting with Staff Association representatives, senior management and HR have announced changes to the proposal and set out a new formal consultation period scheduled to run until 11 April 2019.

“As a result of ongoing feedback from staff, further revisions have been made to clarify that the current enterprise agreement (EA) provisions will remain in place until such time as the next EA can be negotiated… further discussions have been held with the Staff Association with a view to continuing discussions in the next round of EA negotiations,” read a post to CSIRO’s intranet dated 12 March.

The intranet post also highlighted to a new proposal to enable postdocs to complete their fellowship and then in particular circumstances, be appointed to CSOF Level 5 Research Scientist or Research Engineer positions.

“The Ongoing consultation has also led to the development of a process to streamline the appointment to a CSOF5 Research Scientist/Engineer position after the successful completion of a CERC Postdoctoral Fellowship where an appropriate position exists. See Employment Beyond the Fellowship within the procedure.”

Staff Association Secretary Sam Popovski said the revised procedure responded to a number of the Staff Association’s concerns. “The new draft procedure no longer contains provisions that breach the CSIRO Enterprise Agreement. In saying that, CSIRO still intends to severely limit in practice, the number of consecutive and CSOF Level 5 postdoc appointments.”

“There is now an opportunity to staff to have their say on the two key changes on how postdoc fellowships will operate in practice. Importantly, the discussions between management and staff on postdoc conditions will continue until it is resolved through the negotiation of a new Enterprise Agreement, due in November 2020,” Mr Popovski said.

Staff Association representatives are now consulting with members over coming weeks on the revised procedure to formulate a response prior to the end of management’s formal consultation period.