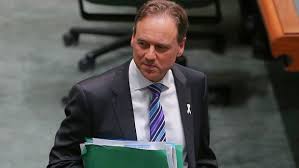 One month on from the resounding defeat of management’s proposed enterprise agreement, Science Minister Greg Hunt has responded to Staff Association correspondence on enterprise bargaining; stating that he “is currently seeking further advice on the matter.”

The comments come as the management negotiation team and bargaining representatives prepare for the first round of formal talks since the one-sided ballot result where the Executive’s offer was rejected by a 70 per cent margin.

Despite the Staff Association’s call for a comprehensive statement from CSIRO Executive in the light of the ballot results and the Minister’s expectation of a “detailed response” from the Chief Executive; Dr Larry Marshall could only muster a six paragraph reply to the union’s open letter.

“Dr Marshall’s brief response is disappointing and failed to engage with many of the substantive points raised in the open letter and thrown into stark relief by the ballot outcome,” CSIRO Staff Association Secretary Sam Popovski said.

“A six paragraphs response to a problem that’s been dragging on for close to three years is not acceptable.

“CSIRO staff deserve to be treated much better; especially given the Minister’s expectation that the organisation should be an employer of choice.”

“To go on, year after year, dealing with this bloody-minded, ridiculous process, this low-hanging fruit approach or whatever you want to call it, without resolving important issues for the organisation, is both frustrating and unsustainable,” Dr Borgas said.

“At best, we will miss the opportunities presented to us,” staff delegate Mike Collins told the senate committee. “At worst, we will be thoroughly underprepared for some of the impacts of the significant global challenges that we face as a nation.”