Negotiations near completion but can CSIRO Executive win the trust of staff?

Negotiations near completion but can CSIRO Executive win the trust of staff? 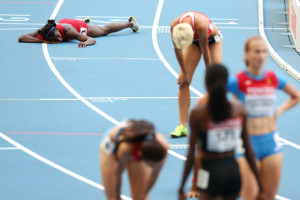 Enterprise bargaining negotiations continue to proceed swiftly with the release of a complete, revised Enterprise Agreement (EA) proposal on the cards before the Easter break.

However as this latest negotiation effort nears completion, questions are being asked whether CSIRO Executive have done enough to win the trust and support of staff.

Snapshot – progress but more to do

However there are ten clauses which elude agreement. This is due to either management’s proposed removal of rights and conditions from an enforceable agreement or where the priority of Staff Association members to improve specific conditions has not yet been achieved.

The focus switches now on the remaining outstanding issues that are not agreed. These include:

The Staff Association has produced an updated analysis of the bargaining position – compared clause by clause – with the existing enterprise agreement. The document identifies the status of each clause either as agreed, in negotiation or not agreed.

The removal of criteria for specified term employment removes the specific enforceability of these provisions – that is, whether a particular appointment in CSIRO should be indefinite or term. This stripping of rights is advocated by the Government’s bargaining policy.

Retaining indefinite employment as the standard form of employment in the EA is a strong general protection, but the absence of criteria in the EA means that CSIRO would have much more scope to apply term appointments.

Staff Association negotiators are pushing hard for a definition of term employment in the EA to restore specific enforceability for staff to argue for indefinite tenure at CSIRO.

A controversial and last minute proposal by Executive to open up individual flexibility arrangements so that any of the conditions and rights of the EA can be traded off by individual staff – as long as the arrangement is ‘better off overall’ than the agreement – represents a Pandora’s box for CSIRO staff.

While the law requires that individuals must agree to such an arrangement and not be penalised in employment if ultimately refused, the Staff Association believes there is no objective framework or procedure for the ‘better off overall’ test in CSIRO. The Fair Work Act only requires that CSIRO ensures that each arrangement meets the test.

The Staff Association supports work being done as flexibly as possible in CSIRO. Union negotiators have submitted that remuneration, leave, allowances, overtime, penalty rates, and hours when work is performed can all be considered as flexible items for an individual arrangement. We did not believe there is further justification for the remainder of the conditions and rights of the EA to be up for grabs.

Negotiations continue to move swiftly. The Staff Association’s detailed analysis of the current status of bargaining positions and clauses has been updated. Please contact your local workplace delegate, organiser or email the Staff Association for further information.

The Staff Association will be running workplace meetings before the period for a vote on a replacement EA; likely to be in late April or early May.

Union negotiators will continue to push for the best outcome for members in negotiations on pay and conditions. Ultimately the power will reside with the all staff vote, to determine if a new proposal from CSIRO Executive is acceptable.

The collective effort of the Staff Association to achieve a fair and progressive bargaining outcome for all employees in CSIRO continues to make a real difference. Please encourage colleagues to support this goal by joining the Staff Association. Email [email protected] for more information about membership.