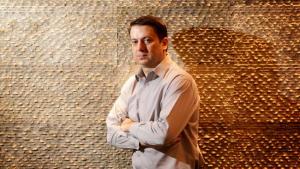 The re-election of the Liberal and National parties to Federal Government is set to test the resilience of CSIRO and its staff yet again, says Staff Association Secretary Sam Popovski.

“The Staff Association congratulates the Coalition on their election victory and we commit to working to advance the interests of CSIRO and our staff with the Morrison Government.”

“Many of us in the science community worked hard to gain commitments from the Greens, Labor and Coalition before the election. There is general disappointment with the election outcome, as better commitments on science and CSIRO were forthcoming from both Labor and the Greens,” Mr Popovski said.

Not just science, but jobs at CSIRO

A real challenge in the next three years will be to stop job cuts at CSIRO, improve pay and retain working conditions.

“The Morrison Government announced – just two days before the election last Saturday – plans to increase the ‘efficiency dividend’; amounting to a cut of $1.5 billion over four years to the federal public sector.”

“Conservatively, this translates to an estimated 3,000 jobs lost in the public sector as a whole and probably more than 100 jobs set to go at CSIRO.”

The other threat to jobs at CSIRO is a faltering economy and decreased confidence in research and development investment, which is at a record low relative to Australia’s Gross Domestic Product.

“CSIRO is also faced with the prospect of declining external revenue, putting further pressure on jobs as well as workloads for remaining staff.”

“The Government’s science  and innovation settings have failed to boost business investment. We call on the Prime Minister and his Cabinet to make research and innovation a top priority and place CSIRO at the centre of activity.”

The election outcome will also have direct consequences on the pay and conditions of workers at CSIRO.

“Every CSIRO staff member knows how difficult it was to even try to achieve a fair deal during the last round of enterprise bargaining. To retain most of our important working conditions over the last six years, we had to fight a protracted battle.

“And the value of the pay rise the Government and CSIRO Executive were willing to pay? Not much more than 1 per cent per annum.”

“It’s unlikely to get any easier in the negotiation of the new enterprise bargaining agreement, which will need be completed by the end of next year.”

The Staff Association is also calling on the re-elected Morrison Government to address the key issue of science integrity with Government and CSIRO and public sector agencies.

“Many Staff Association members have contacted us expressing serious concern over how science is being used in Government policy and decision making.”

“This election outcome is a blow to the acceptance of science and the integrity of our scientific institutions with our general community.”

“We now have an enormous amount of work to do in order to have science respected, and CSIRO trusted, in large segments of our country.”

Despite the challenges ahead, the Staff Association is pleased to have received a response to pre-election commitments sought from the Morrison Government.

“We will systematically progress through these commitments and engage with the Minister for Science in a new Morrison cabinet.”

“My thanks to all members for making amazing contributions to the Staff Association and remaining dedicated to maintaining good conditions and improving our workplaces.

“I encourage all staff to join the Staff Association to protect our pay and conditions and keep CSIRO resilient and strong,” Mr Popovski said.