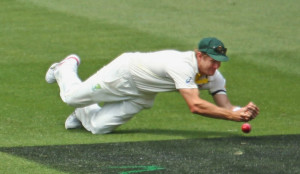 The CSIRO Executive and Board have provided a response to last November’s Ministerial Statement of Expectations for the organisation, albeit some six months later.

Released in November 2016, then Minister Greg Hunt’s new Statement of Expectations followed an extensive and comprehensive development process with stakeholders.

Somewhat inexplicably – despite the smooth transfer of portfolio responsibilities to Senator Arthur Sinodinos in January 2017 – the CSIRO Executive and Board only managed to finalise the formal response at the beginning of May.

CSIRO Staff Association Secretary Sam Popovski rued the delay, describing both the timing and content of the response as “a missed opportunity.”

“It’s disappointing that it’s taken six months to respond to a very clear document spelling out the expectations of the Minister. Despite the Cabinet reshuffle in January, CSIRO should have handed in their homework on time.”

“The fact that the Minister’s office had engaged in such a comprehensive consultation process in developing the new expectations makes the delay in developing the corresponding statement of intent that much worse,” Mr Popovski said.

Reading straight from the script

A delayed response might be understood if the Statement of Intent took on the job of enthusiastically engaging with the issues and priorities raised in the Statement of Expectations, Mr Popovski said.

“This Statement of Intent from the CSIRO Executive and Board is a far from inspiring document. It’s hard to imagine this statement doing much to excite the morale CSIRO staff.”

“Line by line, the Statement of Intent mirrors the Statement of Expectations except for the addition of jargon. In this respect the original document retains relevance if nothing more than a clearer exposition of vision, mission, priorities and functions of CSIRO,” Mr Popovski said.

The Statement of Expectations set the clear goal of “CSIRO to cement its position as a world leader in scientific excellence, to be an employer of choice which will attract the highest calibre researchers in Australia and from around the world.”

In response the Statement of Intent that CSIRO enthused was “very committed to ensuring we are an employer of choice, a preferred collaboration partner and a trusted advisor. For example, we will soon roll out an ‘All Roles Flex’ initiative to foster a diverse and inclusive workplace of the future.”

Mr Popovski said the reference to the so far nebulous ‘All Roles Flex’ proposal could cause issues for CSIRO Executive and the Board.

“This is already a controversial proposal due to the abscence of consultation with the CSIRO workforce. No single Executive or Board member has simply or adequately explained the broad outline of the proposal, let alone outlined the detail.

“Despite these manifest problems, here is ‘All Roles Flex’ in the CSIRO Statement of Intent and staff are being told it will be all ready to roll on 1 July.”

“The fact that CSIRO Executive and Board chose to single out a work-in-progress policy initiative rather than advocating the Enterprise Bargaining process to deliver competitive pay and working conditions says it all really,” Mr Popovski said.